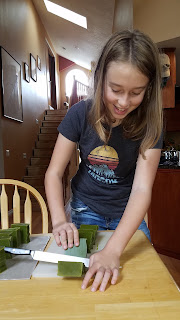 Groggy and fuzzy with blankey withdrawals, I pulled on the shower knob and undressed. I put my hand in the icy spray and quickly pulled it back. I slumped into my usual waiting posture. Then a thought zinged...

Oh, yeah! I wanted to try out our homemade soap today.

I crept through our house in the buff, conscientious of all the open windows. I selected the raggedy end piece of the cucumber mint soap that was curing on the shelf and gave it a sniff drawing in a cool, fresh, barely-there scent.

I tip-toed back into the steamy shower, because quiet = invisible. I let the water run over me as I grabbed my trusty loofah. I rubbed the soap into the loofah and was rewarded with a big pile of lather. I soaped up and scrubbed down twice, thoroughly happy to be covered in lather from our homemade soap.


I washed my hair and rinsed and turned off the shower. I carefully balanced the thin piece of soap on end to allow it to dry better.

In the hours since my shower, I have been noticing the softness of my skin and the fresh scent. It’s lovely.

My mind always goes to the why of these feelings.

Is it the reality of the superiority of homemade soap or the satisfying experience of making a thing, then using that thing, that is creating this lovely feeling?

On the one hand, homemade soap is supposedly superior to mass produced soaps because it retains its natural glycerin created during the chemical reaction. Also, I used good quality oils with a superfat (oil left over after reacting with lye) that I thought would work well on my skin. (It tends to be dry.) Also, I love the fresh, yet mild smell of mint and cucumber and picked out this recipe specifically for the hot, sweaty summer.

On the other hand, I made it myself. I used dried peppermint from my garden to infuse the olive oil. I pureed cucumber in distilled water and added the lye. Then I strained the mint from the olive oil and combined it with weighed out portions of other oils. I blended the mixture until trace and added a weighed out portion of green clay and peppermint essential oil. Then I blended again and poured the batter into a soap mold and wrapped it in a towel. After four days of peeking at it in the mold, I popped it out. Waited a few more days and sliced it up and set it aside to cure. That corner of the house smells so fresh and nice. It could use another week to cure but that thin end-slice was close enough.

So is it the custom fit or the satisfaction of using something I hand crafted? Or maybe a bit of both? 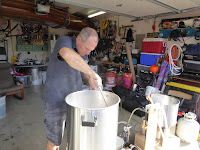 Charley brews beer. His favorite is IPA and when he makes one, I hardly want any other variety when he has his homebrew on tap. 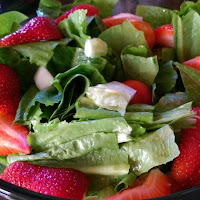 Over the summer we had many salads from our garden, romaine lettuce, and other mixed greens, cucumbers, strawberries... They were four months in the making and worth every moment of effort. So. Good.

We are growing blackberries and the ones I didn’t pick and eat warm and fragrant from the cane I’ve made into cobbler or frozen on trays. Oh my, the cobbler… The smoothies… Oh the nostalgia of being five years old foraging Blue River for blackberries on those long summer days. 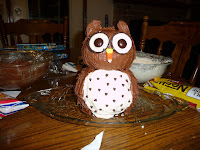 My kids insist that birthday cake I bake at home (from a box) and frost with a simple buttercream recipe is the only way their birthday cake should taste. Boots still talks about the one year she opted to order a cake from Fred Meyers (Yay for me!) because she liked the horses on it. She still says, “The frosting was way too thick and it tasted chemically and gross. The cake was moist, but weird and spongy. I’m never doing that again.”
I have the same issue with apples. We had an ancient apple tree in the yard of the duplex we lived in. For three glorious autumn seasons I gorged myself on these softball sized, crunchy, juicy apples. After we left that place I couldn’t eat grocery store apples. I still think about them every time I cut into an apple and try to enjoy it. It falls short. I’m growing apple trees now, and whenever I lose a crop to pests, I’m devastated. People tell me that I can still use them for juice and apple sauce so I do, but I don’t want to. I want to pick and eat the apple and be ten years old again. Then end. Good day.

Berzo has a bazillion stuffed animals, but the one she treasures the most is a ratty old teddy bear named Theodore. He gets the primo spot snuggled next to her under the blankets every night. She loves him because Theodore was Charley’s bear from when he was a baby. 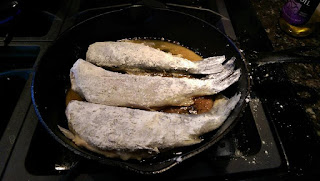 I have eaten a lot of trout in my life, but never are they so tasty as the ones I caught on my own line. Is it the superior freshness? Is it that they sizzled in Dad’s cast iron with the spices and breading I like best? Is it that it reminds me of the trout I ate as a child? Probably. I don’t even order trout in restaurants anymore because because I always find the experience disappointing. It tastes OK, but there’s something missing.

Maybe that’s why restaurants use so much butter and salt on everything, to try to make up for that missing something? How many times do I eat without even tasting what I’m eating? All the time except, when I’m eating something that I’ve grown, caught, or made from scratch. Then I sit back and take note. Do I notice how nice grocery store soap feels? Nope, I just scrub up and get out while my mind churns on the day’s to do list.

I think we try to fill this something-missing void with new stuff, distractions, ice-cream, coffee, or try to dull it with chemicals, but it never quite does it. We’re still searching for something...

Maybe it’s all those little connections that make life sweet. Feeling connected to our friends, family, backyards where we grow stuff, the lakes and rivers where we fish, and forests where we hunt, forage, and play, and to our past...

So bake the bread. Play and sing the songs. Ferment the beer. Sew the dress. Knit the blanket. Sip the Oyster Stew. Use your dad’s iron skillets whenever you can. Take out your grandpa’s fishing pole. Smell the soap on your skin.

Then share all those wonderful connections with others and weave a beautiful web of meaningfulness and community.