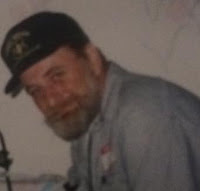 One morning, I was sipping my coffee and merrily scrolling through FaceBook, when a post from Patence stopped me cold. Her father, my Uncle John, passed away the night before. My throat cramped, my stomach turned to lead, I let my forehead rest on the table. Through blurry eyes I read the message again. It still said the same thing that he was no longer in pain, his long battle with cancer was over, and he was at peace.

Wow it hurt, despite only having seen Uncle John a handful of times in the two decades since I left home. He's not even my “real” Uncle—although I have always thought of him as such. I know he's been sick for years, but he just seemed to keep on, keepin' on.

I selfishly hoped he would.

A little backstory:
From the time I was not-quite-two, my Dad and Karla were together, a relationship that would last for about seven years. My brother and I became step-siblings to her two kids, Lew and Regina. Lew and I were the same age as were Regina and Reed. Later, Karla told me it was like have two sets of twins. Being a mother of two kids, four years apart, I fully grasp the hair-graying complexity of that situation. 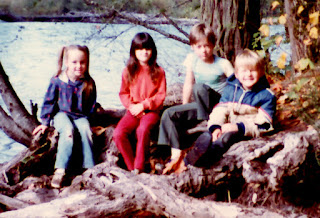 Always next-door was Karla's sister Kerry and her husband John and their three kids, Patence, Josh and Johnnie. Together we formed a pack of seven kids, almost outnumbering the grown-ups two-to-one—it was awesome. We roamed Blue River like a pack of feral puppies, acquiring more loose puppies along the way. I was the runt of the pack, but made up for it with sheer feistiness. I never lacked for playmates, fishing buddies, or fellow explorers. We'd organize epic games of hide-and-seek, freeze-tag, and smear the queer. (We all took turns as the queer—so really it was an empathy building exercise.) We'd get in trouble together and take our whuppins together. On warm summer nights, all seven of us would sleep in a row in cartoon themed sleeping bags under two huge sequoia trees.  I'll never forget how it felt waking up full of the smells of trees and earth while my head rested in the coolness of my dewey pillow. 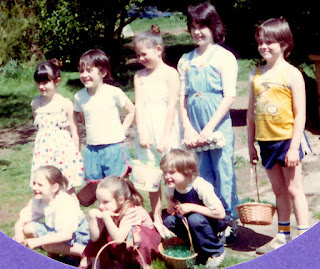 Dad and Karla's tumultuous relationship was not to last. My Dad, my brother, and I moved to a duplex in Rainbow, Oregon. Suddenly, I felt alone—a lot. I missed my step brother and sister. I missed my cousins. I missed Karla, Aunt Kerry and Uncle John. I worried that I wasn't part of the family anymore.

John and Kerry hosted many a summer BBQ and after hurts were healed my Dad and Karla settled into an easy friendship. The first time we went to one, post break-up, I walked in feeling the outsider, trying to blend in with the foliage, until I was spotted by Uncle John and Aunt Kerry. Uncle John's face lit up, “Amy! how are you doing, darlin?” and gave me that warm hug that he was famous for. He was a tough ex-Marine, Vietnam Vet, man of the woods and all the hard labor thereunto, and also one of the warmest people you could ever hope to meet. Kerry followed up with a hug and a kiss.

I was home, they were still my people. My heart was warm and full. I ran off to join my pack.

Although in reality all of this is likely a composite of a dozen different occasions, later that day around dusk, John was playing his guitar and singing with his eyes squeezed shut while Kerry was close by his side swaying to the music and joining her voice with his in all the right moments. In my faulty memory it was “Danny's Song”-although it was probably something much cooler.

Uncle John is a hard man to say goodbye to.

John's children, Josh, Johnnie, and Patence & Co., organized a memorial for him over this past weekend. The first speaker, George, talked about how Jesus was sent for us ragamuffins—people that are a rough around the edges and full of mistakes, a sentiment that always resonated with me.

He told a wonderful story about a time when John treed himself. John, George and Gary all logged together and one day John decided he was going to climb a particular tree, saying something like, “I believe I'm going to climb that tree now,” while George and Gary looked on. Up and up John went until he froze with fright. After many colorful attempts made by both men on ground to get John to climb down, Gary loudly announced, “I guess it's time we start the back-cut.” Gary fired up his saw and told John to, “Just try to jump off as the tree is coming down.” George said Gary even started to cut into the tree a bit, then John chose “fear over death” and scuttled down the tree. George felt that was an apt analogy for life. 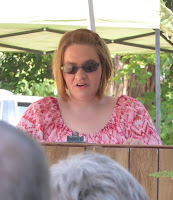 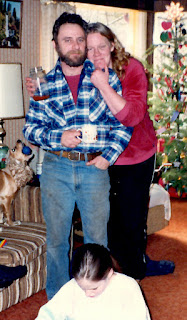 I cried when Johnnie talked about how her parents were soul mates. Indeed, John & Kerry were always together, something I remarked to Charley recently—you never got one without the other, they even shared their birthday. I'm a little worried about Kerry now, but she told me her family is taking exceptional care of her—I believe it.

I laughed when Johnnie said that when she was cooking for their family Sunday dinner and every week John would say, “‘Sissy don't tell me where having pork again,’” to which she told us, “So I stopped telling him—but we still had pork.” Looking skyward she said, “Sorry Dad, it's pork again.” referring to the delicious pulled pork that awaited us as the picnic. 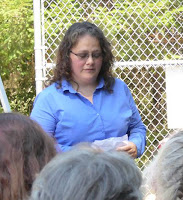 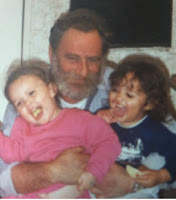 Patence told wonderful stories about untying his boots after a long day logging or hauling, and how he'd save the treat from his lunch and leave it in his box, Zoo-Zoos or Ding-Dongs. Then after unlacing his boots for him, the kids would raid his lunch box for the treats they knew he saved for them. He did the same thing with his grandkids. After a long day at work, Papa always had his dessert saved for them. Occasionally, he'd be hungry enough not to have saved it, but the disappointed faces of his grandkids drove him to ask Kerry to run to the store and get them replacements. Patence said, “That's when I knew he had gone soft.” I think he always had a soft-spot when it came to kids, but it certainly got bigger when the beautiful faces of his grandkids appeared.

Nearly everyone else who spoke echoed my feelings about how John would light up when he saw you, like you made his day for no other reason than existing and crossing paths. It is a wonderful and rare quality to find in a person.

I soaked up every word, letting them float among my memories. Berzo squirreled on my lap and telling me time and again how boring it all was. Again I was feeling the outsider, but soon the talking was over and we got up to mingle. The many smiles, hugs and quick conversations drove those unfounded feelings away and I fully relaxed into the moment.

I was home, they were still my people. My heart was warm and full.

Goodbye, Uncle John, may God have saved a place for you as special as you made each of us feel during your time here. I love you. 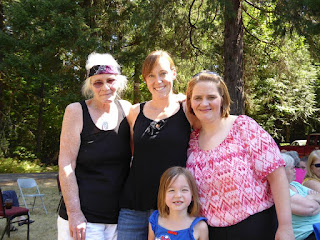 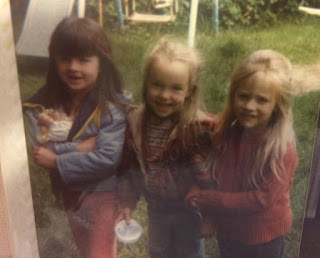 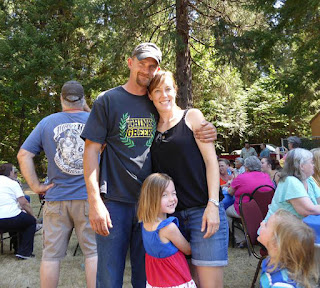 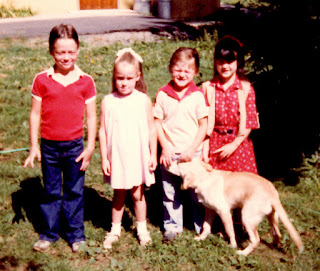