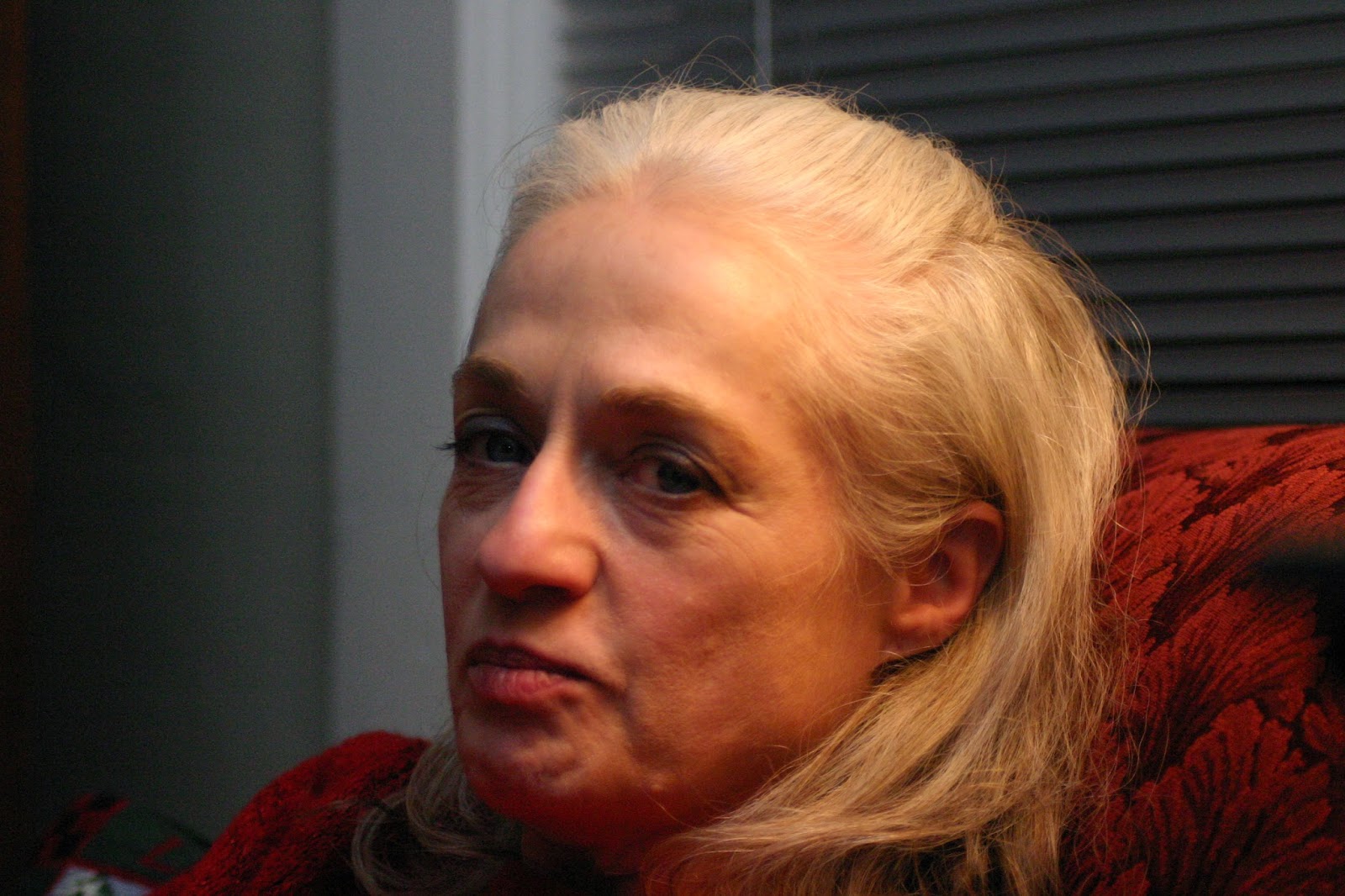 Charley's Aunt Patti passed away recently from cancer. It struck and felled her in the space of a few months. The first indication that she was sick was when she declined our invitation for Thanksgiving dinner this past year. I sent out an evite and she responded in the negative. However, evite still updated her whenever I tweaked anything on the invitation. Worried that we hadn't got the message, Patti decided to call. She sounded shaky, which wasn't unusual for her, she was a private person and always sounded a little nervous talking on the phone. I told her I did see that she declined and how much we would miss her. 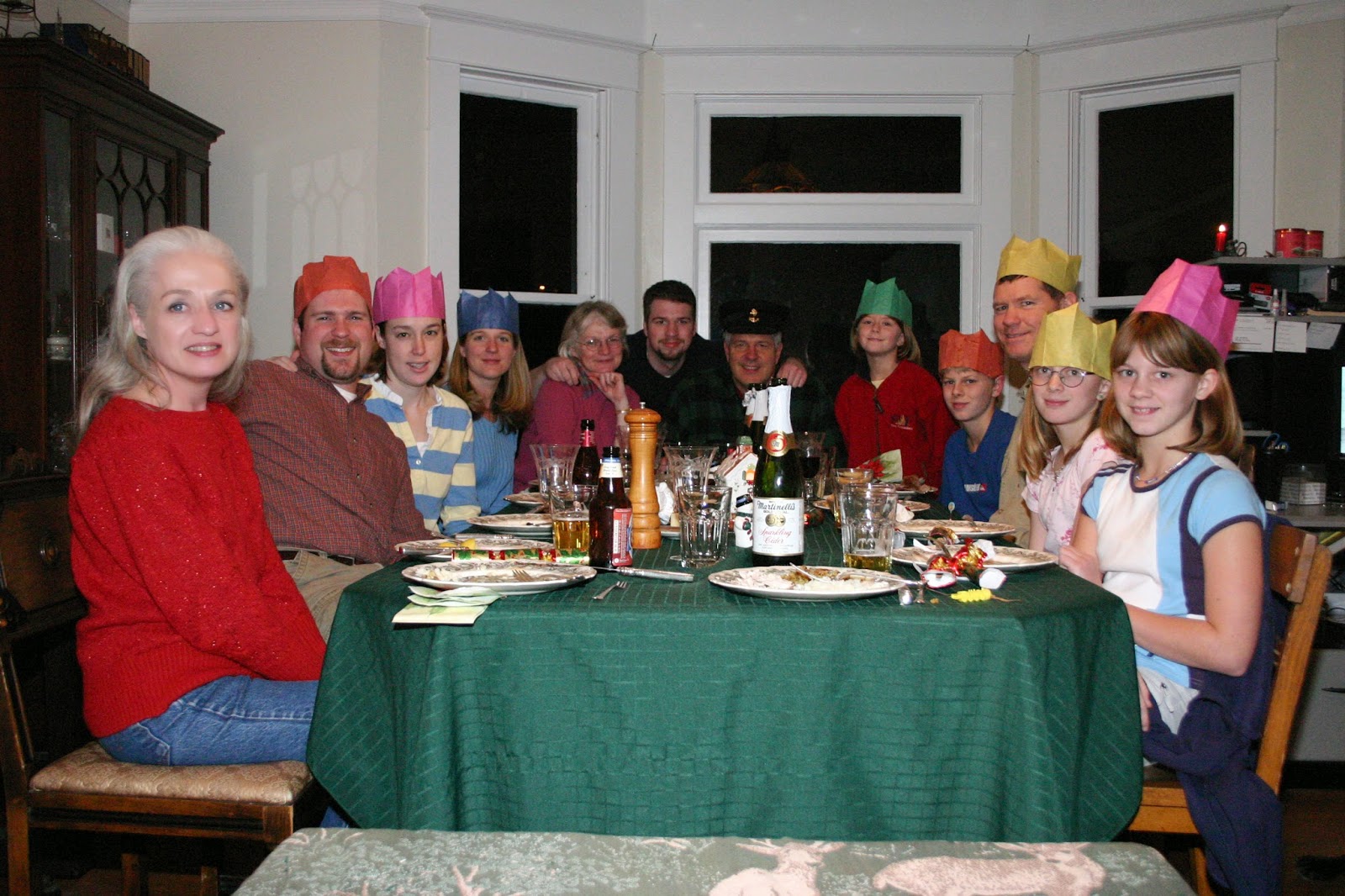 We used to see Aunt Patti weekly for Sunday dinner at my in-laws, which turned to bi-weekly after the kids came, then rarely after we stopped going due to just being tired parents. Then my in-laws moved and Sunday dinners became a thing of the past.

Patti’s voice broke when she told me she wasn't feeling well. Oh no, this isn't just a bug. I asked if there was anything she needed and reiterated that we would miss her and hoped she would be feeling better. Unsettled, Patti made a hasty but polite end to the call. I had a lump in my belly. That was the last time I heard her voice.

It wasn't long before the official word was that Patti had cancer and that it was advanced and terminal. Patti refused chemo, a horror unto itself, and exited her life on her own terms. She refused to let us see her, afraid that all the memories of her tidy and pretty at Sunday dinner, or her glowing in her Irish dancing regalia would be overwritten by seeing her ravaged by cancer. I didn't care what she looked like, but I wanted to hug her once more and say good-bye. I considered taking the kids and barging in, but good sense prevailed and I didn't—barely. It might have been good for us, but it would have brought her discomfort having been exposed in this frail condition.


News of her passing brought grief intermingled with relief. I knew she was suffering horribly, but I also worried for my mother-in-law, Carol. She had been staying with her sister in her last weeks, caring for her, helping her to get her home and affairs in order, and just keeping Patti comfortable and comforted in the thought that she wouldn't die alone. Carol was glad to be able to spend time with her sister before she died, but it also had be traumatic and difficult. Carol bore it with her usual resilience and grace that astounds me. Carol has the gentlest soul, yet she is the toughest person I know. In most cases, the grit of the toughness wears the gentle right out of a person, but not her.

A person as private as Patti can be difficult to get to know. But I felt I did know her, or at least I knew the parts she wanted me to know. First and foremost in her life was her animals. At the time of her death she had but one cat, but in years past her house was a shelter of sorts for wayward cats and dogs. She simply couldn't refuse an animal in need. Her house suffered for the lack of genteel pets, but Patti never let that stop her loving, unloved animals. One year, instead of giving us gifts, she donated to Dove Lewis Emergency Animal Hospital in our name. That was so Patti.

Patti liked to travel. Which surprised me, because she is so particular. I wouldn't have guessed that she would adapt well to the fluid nature of travel, but she did. She took trips to Ireland and many stops throughout the US. She gave my girls teddy bears one year for Christmas, that used to travel with her and bring her comfort on the road. 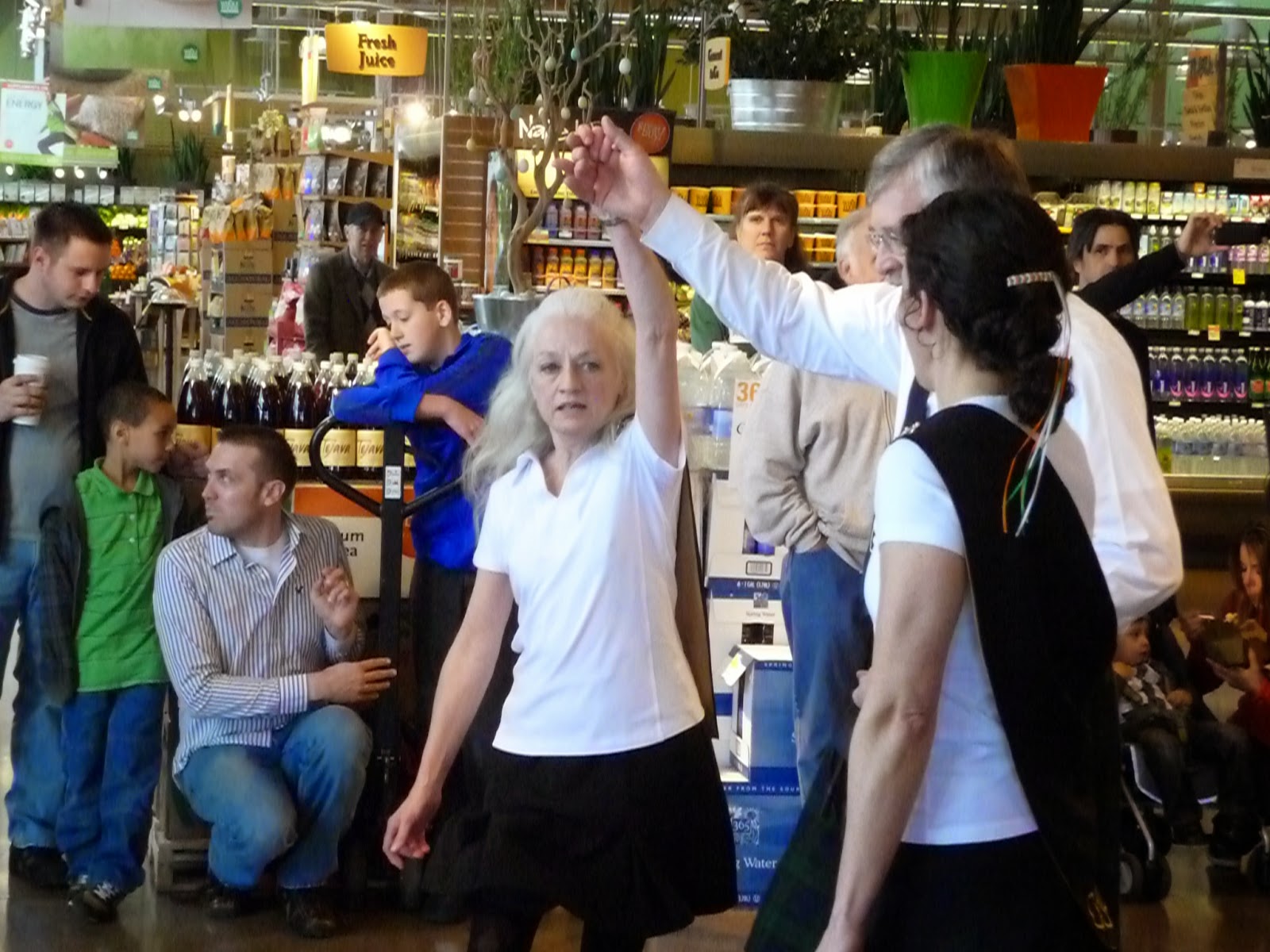 Patti was an Irish lady. Her family name was Irish and she identified with this part of her heritage. She joined an Irish dancing group and once we got to see her group perform. She hopped and tapped and kicked and looked lovely in her outfit. She found relatives still living in Ireland and went to visit them several years ago. She has many books about Ireland and many of her things (the ones not sporting cats) were often adorned with celtic knots and shamrocks.

Patti was beautiful. I saw pictures of Patti from Carol's wedding day and was stunned at what beautiful girls they were. Both women are slight with golden hair, fair skin, and delicate features. I thought they looked like movie starlets. Carol told me once that Patti had a lot of male admirers as a teenage girl, that one boy was knocking on the front door while another slipped out the back. I’m sure the boys were well behaved and it wasn't the scandal one could infer today. As I said before, Patti was a particular person.

Patti was passionate about her garden. Whenever I asked her what she’s been up to lately, “Oh, I've been working in my garden,” was the usual reply. When Carol would go visit her, they often worked in her garden together.

Patti never had children. Charley is certain he's the reason for that. Spending time around a mischievous toddler is a good test of parenting readiness—another thing that Patti did on her own terms. 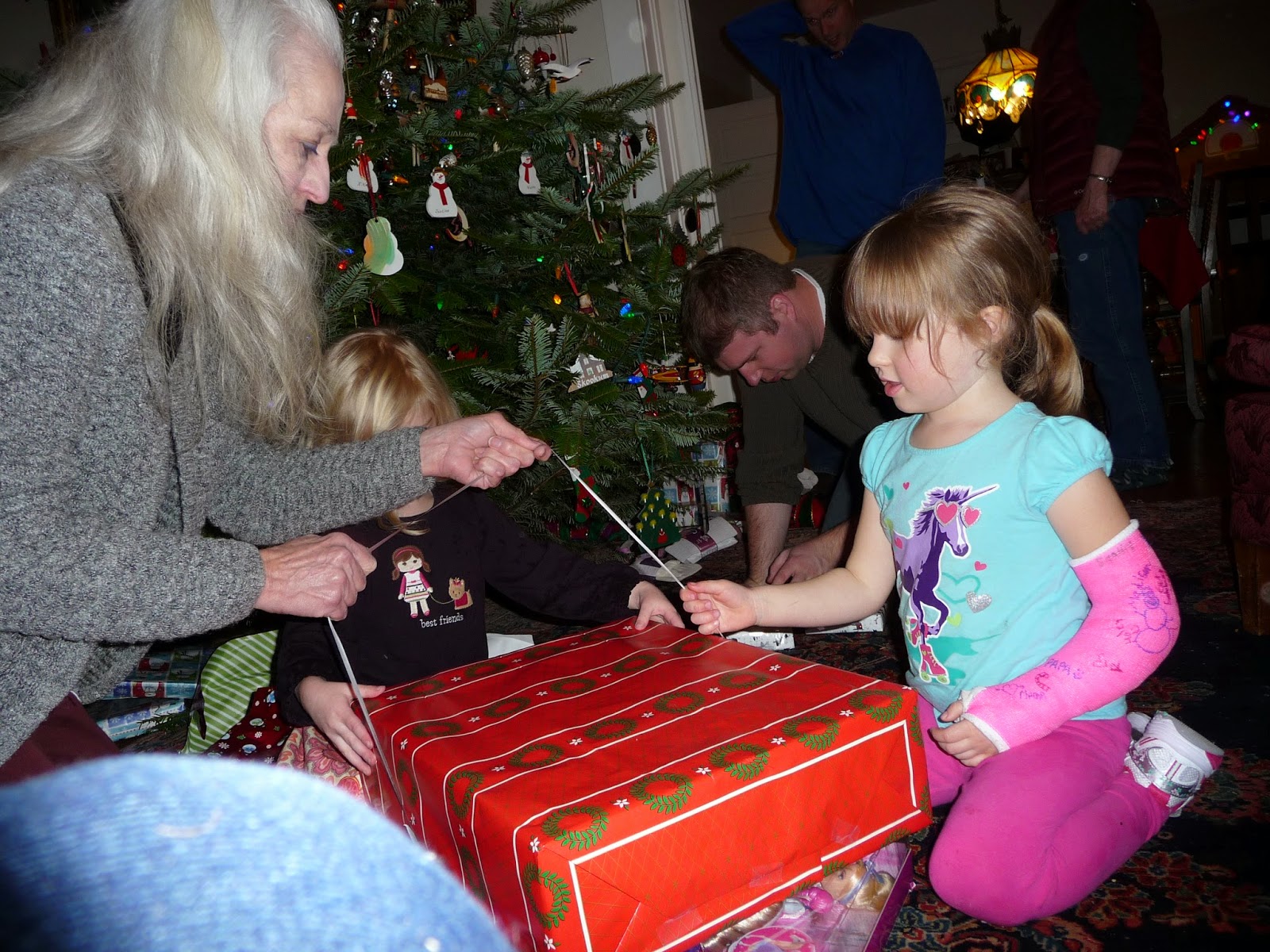 Patti loved my kids. Boots in particular. Boots loves to write letters and send pictures to friends and relatives, and Patti was very moved by this gesture and often wrote her back. Her letters were warm, and would often include a fact or clippings from a magazine about an animal and a request for her to draw and send her back a picture, which Boots was always pleased to do. Patti, like Boots , was the oldest of two girls and she felt a special kinship with her. This past Christmas, she asked Boots, as “the oldest of my sister’s grandchildren”, to write her and let her know what everyone might like for Christmas gifts. Boots wrote her a long letter telling her all about the likes of Mimi, Sam, Berzo and herself.

Ever thought about becoming a foster parent? Me too—it took me about ten seconds to talk myself out of it. However, there are people who think it over then, put themselves through the rigorous application process wait for the phone to ring. It's usually not long before it does, sometimes in the middle of the night. I'm in awe of these families and grateful that they provide loving care to kids that need it most. Even though becoming a foster parent isn't right for my family, I still want to help. I also want to express my gratitude to those who do. Through With Love, we can all glorify foster care families.

With Love, is a non-profit, volunteer run organization that provides clothes, furniture, supplies, even toys and books for foster care families from birth to age five. Foster care families can come into the store and leave with the supplies they need for the children in their care at no expense all packaged With Love. 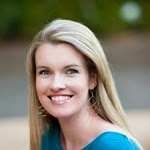 With Love, was founded by Allie Roth, a member of a group I attend. She gave our talk that day and laid bare her painful road to the joys of motherhood. All of which left her wondering, Who was I before all this? A feeling most mothers, me included, can identify with. Instead of holding on to her pain she decided to dedicate her loses, With Love, to foster care parents willing to open their homes to kids in need of a safety and stability.

Allie established With Love and started taking donated items. Her home was quickly overrun with clothes, furniture, supplies. At one point she had a room filled with five cribs and no place for her newest little girl. She knew there were other moms out there in a vast untapped talent pool who, like her, felt the call to contribute to something beyond their families and jobs. She put these talented women to work organizing, managing, and otherwise helping her run this new venture. Cars came and went in streams as women picked up clothing to launder and drop off clean items, and dropped into help with bundle and sort items. This left Allie humorously concerned that her neighbors might be wondering what it was she was trafficking.

Today, Allie has reclaimed her house, and With Love has moved into a warehouse location.


Hearing Allie speak, her words resonated. What could I do With Love, to make a positive impact in my community? What talents do I posses with which to help others? For many it will be joining Allie and her growing community of moms (dads and kids are welcome too!) for me it is using my words as a conduit for spreading her infectious energy to all that would feel the call to glorify foster care children and parents.

If you have little ones, save outgrown clothing items from newborn to size eight. They are always in special need of boys clothes size two-T to eight. If you go shopping for your baby, grab one bag of wipes for you and one for With Love. If your budget allows, a monetary donation goes a long way in a one-hundred percent volunteer run organization. If your schedule is flexible, sign up to help out at the store, creating bundles of clothes or sorting items, while enjoying some social time with other parents. You are encouraged to bring your kids to volunteer, and watch their confidence grow as their little hands do great works.

Check them out online. Like them on Facebook. Give them a helping hand in the name of someone you have loved and lost. Honor their memory by honoring foster care children and parents—With Love. 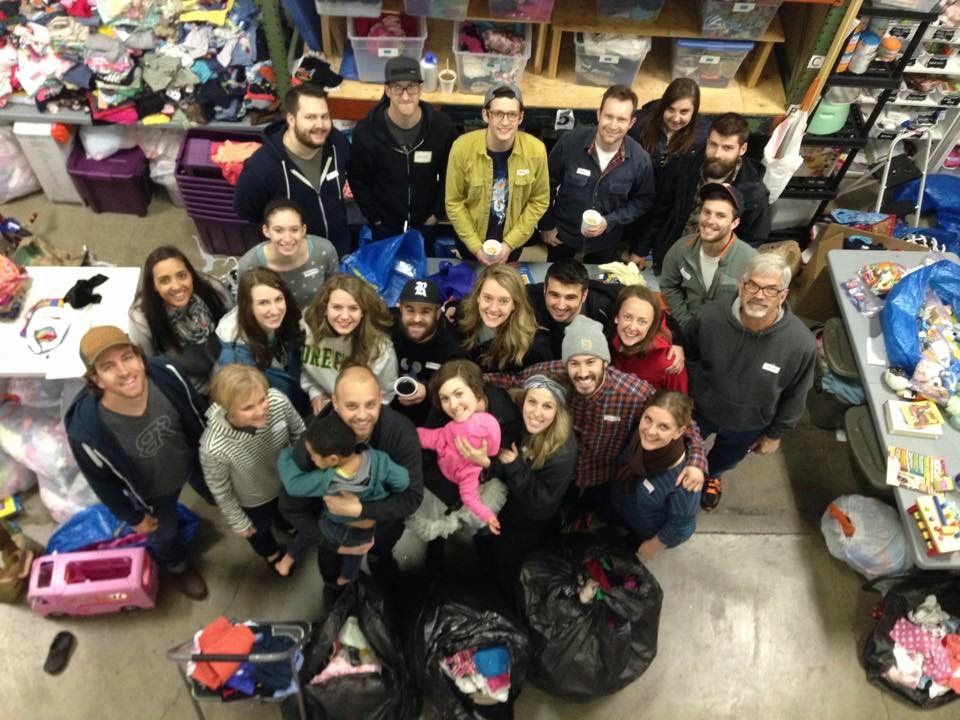